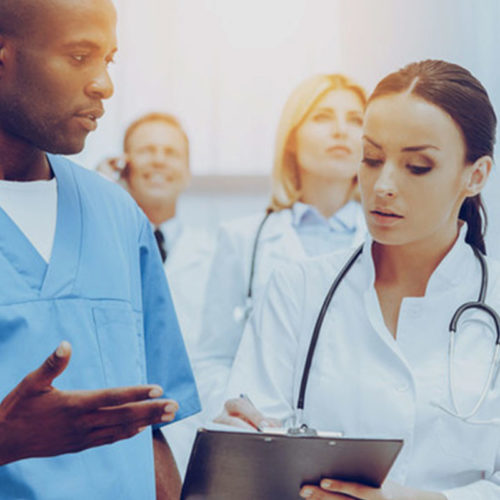 Managing a patient’s pain therapy requires a combination of the right medications along with a patient adherence to your prescribed regimen. Drug monitoring will help you evaluate your patients’ pain medication use to help achieve better outcomes.

You may be doing drug testing in your office today, but this is a different type of test than what you are probably familiar with.

Our drug test is NOT ORDERED by the insurance company OR THE EMPLOYER, it is ORDERED BY THE PHYSICIAN to help the provider monitor the drug taking habits of his/her patients.

It cost less money and the patients can return to work quicker.

If narcotics are being prescribed to patients, it is a good idea to monitor them to achieve better outcomes and protect the safety of the patient.   Providers typically check to see if the patients are taking the medication as directed, to avoid things like signs of addiction or abuse.

Bottom line is that if your patients are not taking their medication as prescribed, you will not have better outcomes and the patient will be off the job longer than expected.

Payers and insurance carriers support testing, because patients who have normal testing as prescribed have $3,300 in lower costs.

Another study concluded that patients who adhere to their prescription regimens (without evidence of potential misuse, diversion or illicit drugs) have 8% to 10% lower medical costs.

This test has been strongly recommended by workers compensation departments in many states. As a result, these states have established and adopted guidelines supporting toxicology testing.

Joseph E. Couto, PharmD., M.B.A. “Data from 938,586 patient test samples and showed that 75% of patients were unlikely to be taking their medications in a manner consistent with their prescribed pain regimen.”

According to the 2003 National Survey on Drug Use and Health, an estimated 21.6 million persons aged 12 or older in 2003 were classified with substance dependence or abuse (9.1 percent of the total population)

Are your patients in compliance?